The shooting of Aanand L Rai’s directorial ‘Atrangi Re’ is expected to be wrapped up by December end. 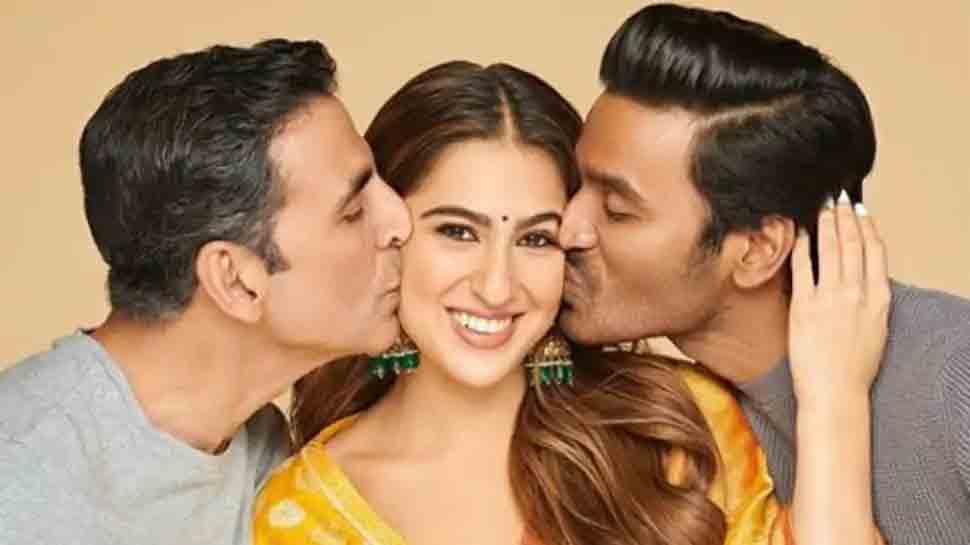 
AGRA: The leading cast and crew members of Aanand L Rai’s directorial ‘Atrangi Re’ have arrived in Uttar Pradesh’s Agra city for the final schedule of the film, which will kickstart on Monday (December 21).
The film features Akshay Kumar and Sara Ali Khan in lead roles and also stars South superstar Dhanush. ‘Atrangi Re’ is the first collaboration between Aanand Rai and Akshay; where the ace filmmaker has worked with Dhanush earlier in 2013 superhit romantic-drama ‘Raanjhanaa’. The film also featured Sonam Kapoor and Abhay Deol in key roles.
The team is currently camped in the national capital and reports stated that Akshay, Dhanush and Sara will shoot a romantic number at popular Taj Mahal today. Actor Akshay Kumar also shared a video of himself from Taj Mahal on Instagram. “Wah Taj!” he wrote in the caption.

The shooting of the film is expected to wrap up by December end.
Earlier on November 23, Dhanush had shared a  monochromatic picture of himself and wrote that he is shooting in Delhi for the final schedule of ‘Atrangi Re’.
Speaking of the film, Atrangi Re, Sara will be seen playing a double role, which is a first in her career. The 3-film old actress has travelled to not only south India but several places in the north as well. A few days back, Akshay and Sara were clicked on the sets of the film in Greater Noida and fans couldn’t contain their excitement to see the them shooting on the busy streets of the city.
<div